Just when we thought things couldn’t get shaken up much more in the hip hop dating world, Blac Chyna has gotten some new ink. The model and entrepreneur shocked her fans and followers earlier this week, as she showed off a new tattoo of rapper Future’s name. While it wasn’t his government name, Nayvadius Cash, it did help to fuel the rumors that the two have struck up a relationship of some sort. Chyna has been spotted hanging out with the Dirty Sprite 2 rapper on multiple occasions, but neither have confirmed their relationship. Future hasn’t mentioned Chyna or posted about her, although he doesn’t seem to have posted many of his previous significant others as it is.

Things look to be official between the two, based on Chyna’s brand new ink, but it still is curious to fans as to why she made a permanent decision like that. This past year, Chyna and Kylie Jenner took subliminal shots at each other over social media, due to the fact that the reality star confirmed her relationship with Chyna’s ex, Tyga. The rapper and model share a son together, King Cairo, and were rumored to be engaged in the past. Speculation has also circulated that Tyga left Chyna for Kylie, after the two got close once Chyna and Kim Kardashian became close friends.

If you were shocked by Chyna’s tattoo, be sure to SHARE this with your friends. 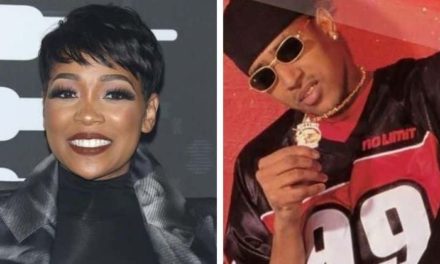