Drake Is Issued Cease & Desist Letter from University of Kentucky

Drake’s name has been busy in the news this week. Following his highly publicized Twitter beef with Meek Mill, the rapper is now making headlines for being issued a cease-and-desist form by the University of Kentucky. Apparently Drizzy was violating strict NCAA regulations when he was seen talking to one of the school’s prospective recruits and communicating with any of the school’s recruits is a big NCAA violation
[ad type=’inarticle1′]

After attending the Big Blue Madness event back in March, Drake was warned about possible violations and still proceeded to break the rules. So, he was subsequently issued the form. We wonder if he’ll be able to rectify this problem by next year’s March Madness because we know how much he loves his Kentucky basketball!
[ad type=’inarticle2′]

If you’re a fan of Drake then make sure to SHARE this story with all your friends! 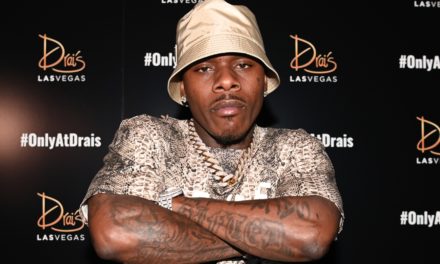 DaBaby Identified As The Shooter In Trespassing Ordeal, 911 Call Released