The Game’s ‘The Documentary 2’ Album Shakes Up Hip-Hop

After a nearly a decade of waiting, longtime fans of The Game have finally received the follow-up album to his highly-successful debut. The West Coast veteran dropped his highly-anticipated The Documentary 2 album this past week, and within the first plays, majority of the hip-hop community has deemed it to be worth the listen. Not only did Game receive special critique and co-signs from all over the music industry, but he even got some of those same big names to hop on board for the project. Although his album might attract the eyes of a hip-hop head by the names on his track list, Game is able to hold his own weight on The Documentary 2, thanks to the homage he pays to to the genre on each track.

Despite his presence in hip-hop over the last decade, Game reminds us that he is still very much a fan of those he built his career around on this project. What’s even more interesting about his features on each song is that they all foreshadow what sounds are ahead once the track begins. The Game has harnessed the skill of maintaining originality while paying tribute to those who have paved the way. For example, “Standing On Ferraris,” featuring Diddy, is a stand-out song, being that it samples one of Biggie’s classic anthems, “Kick In The Door.”

Being that he clearly has the approval of Puff, Game takes advantage of channeling his inner Notorious, as he is able imitate some of Biggie’s signature flow. He is able to repeat this pattern on many other tracks, such as “On Me,” where he goes head-to-head with the conscious Kendrick Lamar. 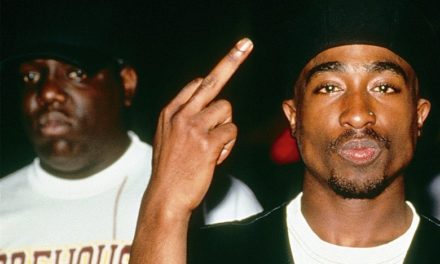 10 Rappers murdered before the age of 30