Hip-Hop Styles: Then and Now 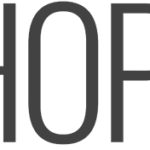 Women had a role model in Queen Latifah at the end of the 1980s for a more African influenced style of dress. Tall royal hats, African jewelry, and bright color patterns were the order of the day. But the 1990s brought a change to music styles and focuses. As women became more sexualized by both males and females the outfits got skimpier.
[ad2]

Young & In Charge: The Best Rappers Under 25