Love & Hip Hop Atlanta star Benzino is recovering in hospital after being shot multiple times by his nephew Gai Scott, 36, during his mother’s funeral procession.

Scott was arrested and charged with assault with intent to murder.

The Plymouth County District Attorney, Timothy J. Cruz said in a statement this afternoon that “There has been growing family tension between Raymond Scott and Gai Scott. At some point when the cars were side by side, Gai Scott fired several shots into the red Dodge SUV being driven by Raymond Scott.”

Fellow L&HH castmate, Stevie J visited Benzino in hospital and posted these pics on Instagram. Benzino is reportedly in a stable condition.

The photos show B’s biceps heavily bandage which looks like this is where he was shot. 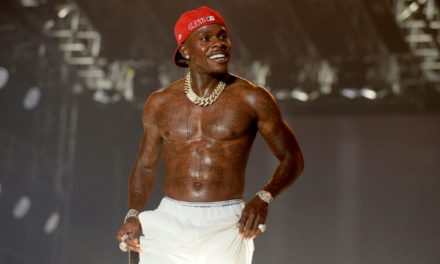 Film Review for ‘Dope’: It’s Hard Out Here For A Geek