Gucci Mane Might Be Coming Home From Jail In March

It appears that hip hop may already have one of their favorites returning to the game. After being imprisoned since 2013, Gucci Mane has been vying for a chance to return to the culture that he adored since he was in pampers. Now, it appears that there might be some light at the end of the tunnel for Guwop.

According to Gucci’s label, 1017 Records, the Atlanta rapper is slated to get out of jail this March. They posted a picture on Instagram revealing Gucci’s return and it caused shockwaves all over the Internet this past Monday. Over the weekend, many people were befuddled by the disappearance of Gucci’s Twitter and Instagram. His engineer, Sean Paine revealed to Pigeons and Planes that Gucci decided to delete his social media accounts because  he wanted to “resurface everything under the new Gucci brand.”

If this is indeed true, fans better get ready for Gucci Season! Please make sure to SHARE with your friends.

Yeezy Are You Being Hacked or Do You Really Have Something to Say Tonight? 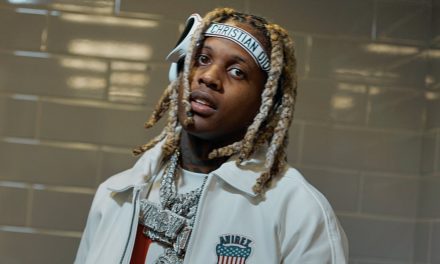 Big Boi Hangs Out With Girl Scouts In ATL Studio