Billboard Names Adele’s ’21’ The Greatest Album Ever – Well, Kind Of

Adele has been on a roll as of late. With her single “Hello” sitting comfortably at number one, the Grammy-Award Winning songstress is on the verge of delivering an equally-stellar sophomore project in “25” later this month. Before we continue to gush about her sophomore endeavor, people are still in awe about her debut opus 21, which captured our hearts merely four years ago.

Recently, Billboard complied a list comprised of their Greatest Albums of All-Time and guess who toppled the likes of Michael Jackson, The Beatles, and more? That’s right, Adele’s debut effort managed to propel itself to the top spot and earned the right to be dubbed the Greatest Album of All Time. But, of course, it came with a caveat.

Now, Billboard didn’t necessarily anoint Adele’s 21 as the best album because of her musical genius, but more so because she fit their rubric the best. See, Billboard’s rankings were predicated on a number system. Albums that managed to sit at number one the longest were awarded the most points, while weeks lower on the charts earned minimal points. Adele’s debut was on top for 24 weeks, which by any standards is considered beyond mind-blowing. Congrats are in order for Adele. 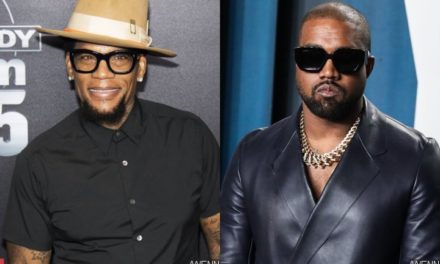