Earlier this week, we reported Chief Keef was in the midst of a paternal battle with a Kentucky woman claiming to have given birth to his son. While his lawyers were trying to dispel the rumors, it looks like the Chicago rapper has all but confirmed the child is indeed his. While no official word has gone out yet, after you find out the kid’s name you’ll be all but convinced the 300 rapper is his father.
[ad type=’inarticle1′]
Supposedly, Lauren from Kentucky has agreed to name her son after Chief Keef’s record label. The baby’s government name reads as: Sno FilmOn Dot Com Cozart. Chief Keef, real name Keith Cozart, decided to name the baby after his record label in an attempt to promote his new album. Well, let’s stay on the look out for any other future name changes or baby mommas from Chief Keef.
[ad type=’inarticle2′]
SHARE if you’re a fan of Chief Keef! 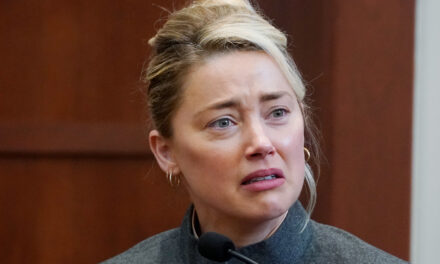 Amber Heard’s Lawyer Says She Ain’t Got The $10.4 Million To Pay Johnny Depp