Alberto “Alpo” Martinez was murdered last year October. He was known as a Notorious Harlem drug kingpin whose death happened unexpectedly. Since his death, the New York Police Department has been on the lookout for his killers. According to the Hip Hop culture, Martinez inspired Camron‘s character Rico in Paid in Full, 2002’s gangster and cult film.

FOX 5 NY‘s new report revealed that the New York Police Department has arrested a suspect in the October 2021 murder of Alberto “Alpo” Martinez. The suspect’s name is Shakeem Parker, 27. As a result, Parker is facing both weapons and murder charges in connection to Martinez’s murder. Presently, Parker is at the Rikers Island jail where he is sitting for a gun charge.

According to the detectives working on the case, Parker is highlighted as Martinez’s killer. This resulted from the case pieces they have put together which points accused fingers at Parker. Martinez was murdered on Sunday, October 31, 2021. The deceased was driving in a red Dodge Ram truck around Harlem.

Suddenly, some folks attacked him, shooting him at least five times in the chest via the car window. Consequently, after sustaining multiple gunshots, the victim crashed into parked cars some meters away.

Martinez was released from jail 6 years before he was shot. He had been sentenced to 14 murder counts, and was also involved in a deal to testify against former associates. However, after staying at the federal witness protection program where he lived in Maine, he was murdered a month after he left Maine for Harlem.

Uncle Murda also celebrated Martinez’s murder in January 2022 in his song. He rapped, “I was smoking on that Alpo pack when I wrote this/Finally a nigga died out here for doing some hoe shit (Word!)/That’s what he gets for ratting and killing a good nigga/Salute to whoever it was that pulled the trigger (Salute!)/We celebrated that’s a W for the streets/Finally the homie Rich Porter can Rest In Peace (finally!).”

Maino indirectly celebrated Martinez’s death via a subliminal post on Instagram. Maino posted the picture of Domencio “Montana” Benson who Martinez allegedly murdered with the caption, “Smiling Down Happy Halloween.”

French Montana Flosses Hard In His New Video for “Dontchu”

EXCLUSIVE: Part 2 – Behind the Scenes of Saigon’s Sinner’s Prayer 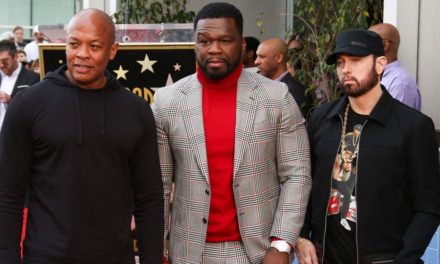 Will 50 Cent Pop out at Superbowl LVI