(Photo by Dimitrios Kambouris/Getty Images for The Trevor Project)

Academy Award winning actress Susan Sarandon may be older, but she knows a thing or two about today’s younger generation of rappers. The talent took to Twitter to shout out two of NYC’s rising stars in a very cool way.
[ad type=’inarticle1′]

The Thelma & Louise star recently reached out to stoner rappers A$AP Rocky and Action Bronson on Twitter and showed them love. The shout out included an invitation to “blaze one” together in response to Mr. Wonderful’s lyrics on Rocky’s “1 Train” track.

“You see us scramblin’, sellin’ Susan Sarandon / The cloud of smoke like the Phantom.”

Hey @asvpxrocky & @ActionBronson thx for the shout out on “1Train.” Not sure what it means, but let’s blaze one & talk about it some time. 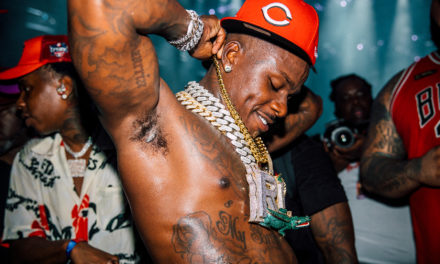 DaBaby Tries To Kiss Fan .. She Says ‘Not So Fast’