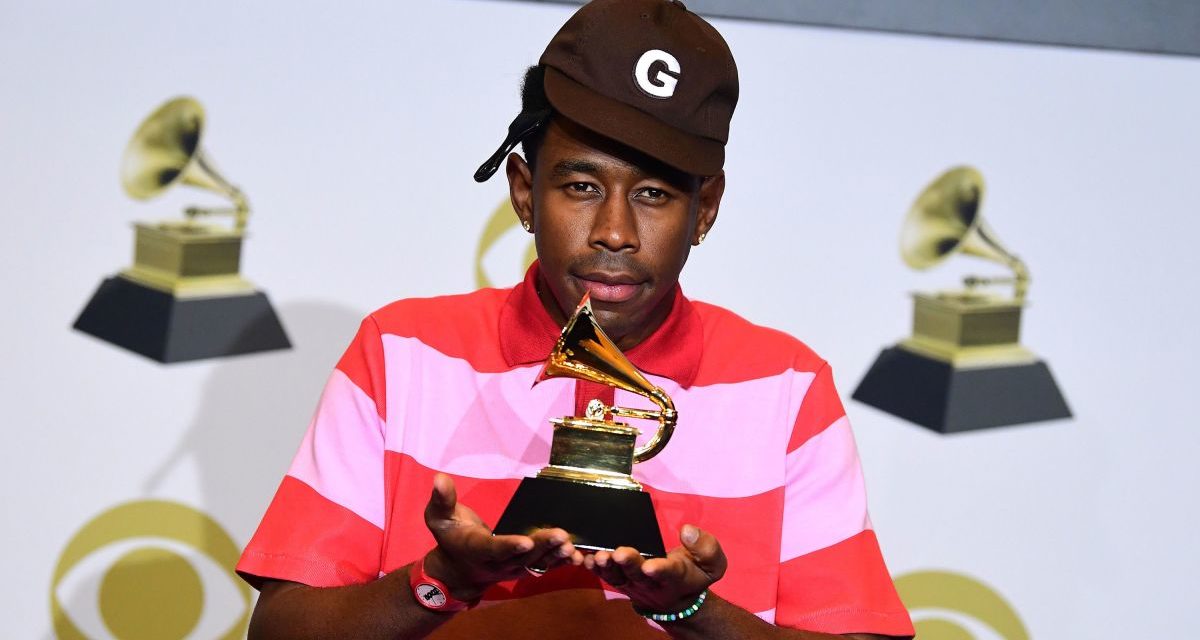 Tyler The Creator has made quite the name for himself in the world of Hip Hop. Since coming on the scene with his Odd Future crew, he has always been sort of an anomaly in the game. From being called weird, to questions of his sexuality, Tyler’s I don’t give a f*ck attitude has always set him apart. Now in 2022, Tyller has knocked off a few heavyweights to take home the award for Best Rap Album and the Grammy’s. This wasn’t an easy feat considering the other nominees. However, Tyler The Creator wins again.

Tyler, The Creator – CALL ME IF YOU GET LOST

Tyler, who has won the award for the second time, wasn’t present at the ceremony, but did his acceptance speech via Instagram Live.

“First off, I’m hyped,” he began. “Thank you to DJ Drama, you are fucking so important to rap music. He continued, “Thank you to all of my friends for being my cheerleaders. Thank you to my whole team, the whole squad … where I can make an album where I just flex all goddamn day.”

He also added a few choice words for DJ Khaled.

“And thank you to [DJ Khaled],” he continued. “I know you’re seething and angry. ‘Ugh, no one listens to that album!’ These arena tours that are selling out says different. And if you put that much energy into something, maybe everyone would be proud of you, too.”

Tyler and Khalid had been feuding since 2019 when Tyler beat Khaled for the #1 spot on Billboard Top 200. Khaled threw a few subs a the Creator,

I thought they were cappin bout DJ Khaled being salty his album not being #1 … but the sodium level in this video is wild obvious pic.twitter.com/ECoo5dsD8d

Future’s DJ Teaches Us To Never Bring Drugs To Dubai