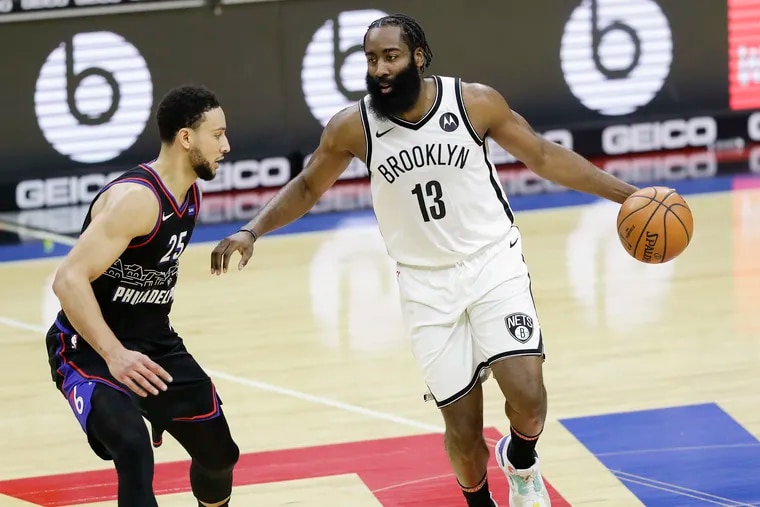 I wonder if the fans in the city of brotherly love are more excited to be getting rid of Ben Simmons, or to be acquiring multi-talented NBA all-star, James Harden. Since last season, Sixers GM Daryl Morey has been trying to lure Harden away from the Houston Rockets. The two had worked side by side from 2012 to 2021 in Houston. Today, Morey got his wish and the two are reuniting in Philly as he managed to pull off this blockbuster NBA trade.

Because of Morey’s power moves, this trade will see Ben Simmons, Seth Curry, and Andre Drummond head up to Brooklyn, NY. The 76ers will receive James Harden and Paul Millsap. Brooklyn will also receive two first-round draft picks from the Sixers. One in 2022 that can be deferred to 2023, and the other in 2027.

Is Ben the Answer for the struggling Nets?

Brooklyn fans were beyond excited at the beginning of the 2021 season because they assumed what they had would be their own big three in the form of Harden, Kevin Durant, and Kyrie Irving. Since assembling this All-Star trio, things haven’t panned out as planned. The Nets have a dismal record of 29-25. They are currently 5 and a half games behind the #1 seeded reigning NBA champion Milwaukee Bucks.

Whether it’s been injuries, Kyrie Irving’s controversial stance on the vaccine mandate, or just mere lack of chemistry; the Nets just haven’t been able to pull it together. Maybe a shift in the lineup will bring some good fortune to both teams. Ben Simmons has made it abundantly clear that he wasn’t happy playing in Philadelphia.

I wonder what kind of trash Stephen A Smith will have to talk concerning this blockbuster trade as he already made this statement.

“If Daryl Morey trades Ben Simmons to the Nets, it will qualify as the stupidest of of his career.”

Which team do you think will benefit the most from this blockbuster NBA trade, The Nets or the Sixers?

Maybe now if the Nets can turn it around he can cut Kyrie some slack.  Stephen A. has been very vocal in his disapproval of Kyrie Irving not being vaccinated, calling him a traitor and even worse.

Back To The Future: How Hip Hop Grew An Obsession With The Cult Classic Film

Film Review for ‘Dope’: It’s Hard Out Here For A Geek