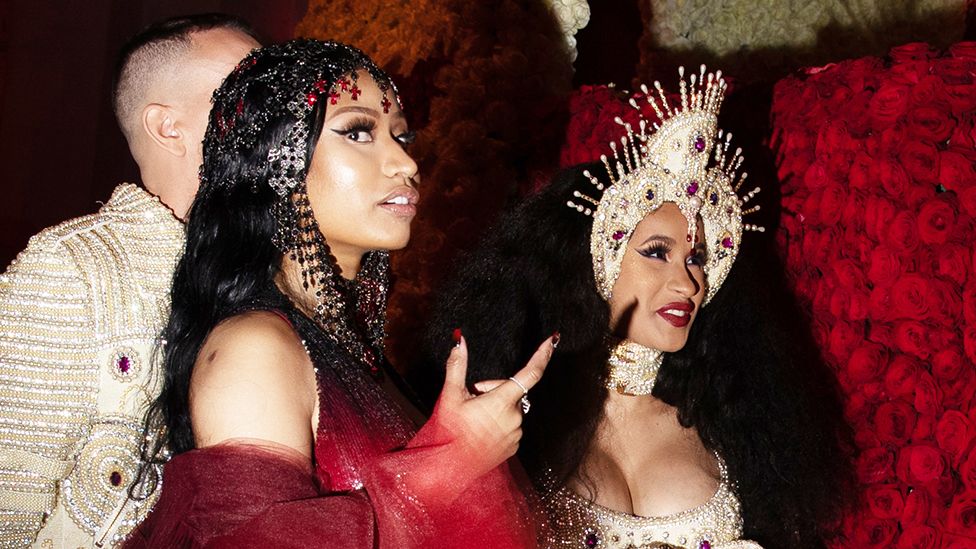 Look’s like the leader of the Barbz woke up on the wrong side of the bed today. Nicki Minaj took to Twitter claiming it’s “put her foot on a bit*hes neck” season. She fired off a series of tweet that seem to be aimed and anyone who has had her name in their mouth. This could mean rapper Erica Banks, who claimed Minaj unfollowed and blocked her after she agreed with a tweet. Banks went on the Big Facts podcast and said she agreed with a tweet that claimed Nicki Minaj only works with female artist who cant rap. She claims this is what prompted Minaj to block her.

Who Pissed Nicki Off Today?

Many of y’all never experienced a “Nicki got her foot on btchs necks” era & it shows So from this day forth y’all will not get papa bear mommy cuz y’all don’t deserve her . Yall won’t get ‘bout to be preggers Nicki or preggers Nicki. Y’all gon get who y’all begged4

Excuse me, When you talk to me please don’t bring the following 2 things up.

She could be talking about rapper Rubi Rose who went on the same Big Facts podcast and said she would prefer to date a guy with money. Rose concluded that she isn’t quite sure because Nicki Minaj seems happy. She was hinting that Nicki is the bread winner in her family, and she is seemingly happy. Whoever she is aiming at, Nicki made it clear she doesn’t appreciate having her name in these rappers mouths.

Immediately after Nicki sent these tweets out, Cardi B took to Twitter and shot a tweet out of her own. Maybe it was a coincidence with the timing; or maybe it wasn’t. The tow have had issues in the past that even got physical at one point. Cardi tweeted, Weird Ass H*e!

If this was a rebuttal to Nicki’s tweets, things could get interesting again. However, if Nicki’s tweets were directed at Cardi in any way, that’s a battle we’s like to entertain. If it’s for the small fries, thanks but no thanks.