Pete Davidson Finally Addresses Kanye. “In Bed With Your Wife” 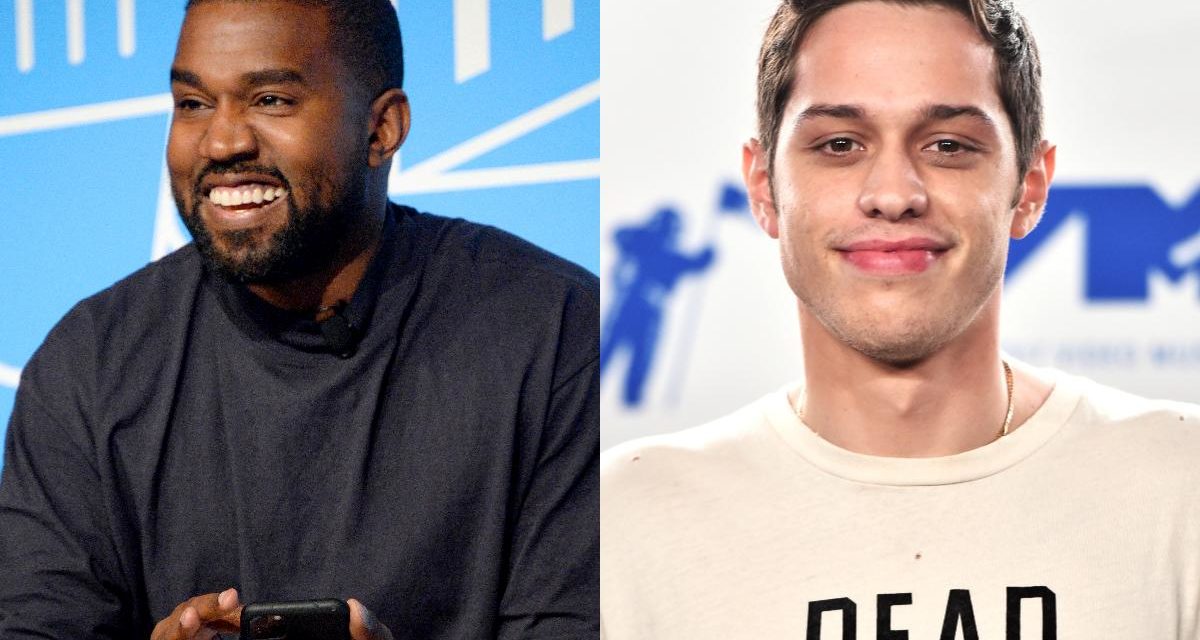 Kim Kardashian was legally declared single on March 2nd. The divorce move was opposed by Kanye West and he made a public apology to his ex-wife before she was officially declared single. After about one week of her new status, she posted the picture of her with her new boyfriend, Peter Davidson on Instagram making their relationship social media official.

Kanye West has not been on good terms with Pete Davidson since the court granted Kim Kardashian’s divorce plea. However, Pete Davidson finally addresses Kanye.

Kanye and Davidson had a conversation via text message which is shared by @TheShadeRoom. on Instagram. Davidson sent a message to Kanye after he disapproved of North West’s use of TikTok.

In the message,  Skete (Pete Davidson) urged Kanye to calm his nerves and told him to meet with him. Also, he told Kanye how awesome Kim is at parenting noting that he hasn’t seen a good mother like her before. “Kim is literally the best mother I’ve ever met. What she does for those kids is amazing and you are so f**king lucky that she is your kids mom,” Skete wrote.

Kanye replied calling out Skete’s decision to use profanity and asking where he was. “In bed with your wife,” Skete replied.

Kanye replied he was happy to see Davidson out of the hospital and rehab. Skete’s response wasn’t as expected. He replied- “Same here. It’s wonders what those places do when you go get help. You should try it.”

Davidson said further, “You don’t scare me bro. Your actions are so ***** and embarrassing. It’s so sad to watch you ruin your legacy on the daily.”

Kanye West invited Davidson to Sunday service where they can perhaps, have a discussion. It appeared Skete has a better place in mind where he’d love himself and the Donda rapper to meet. Much more, Skete said, “What you are doing to your family is dangerous and going to scar them for life. Please, handle these matters privately bro I beg you.”

Skete advised Kanye West to man up and seek mental help at this moment. He ended the chats by telling Kanye how good he has been towards him in time past.

“You have no idea how nice I’ve been to you despite your actions towards me,” Skete wrote. “I have stopped SNL from talking about or making fun of you which they’ve wanted to do for months. I’ve stopped standup comedians from doing bits about you because I don’t want the father of my girls kids to feel bad out there.”

Skete concluded, “I have your back even though you treat me like shit because I want everything to be smooth. But if you continue to press me like you have for the past 6 months I’m gonna stop being nice.”

Kanye West has taken to his Instagram to post a series of video posts where he sounded emotional. He later deleted the posts. It appears to be a tough time for Kanye. What do you think? Let us know in the comments.