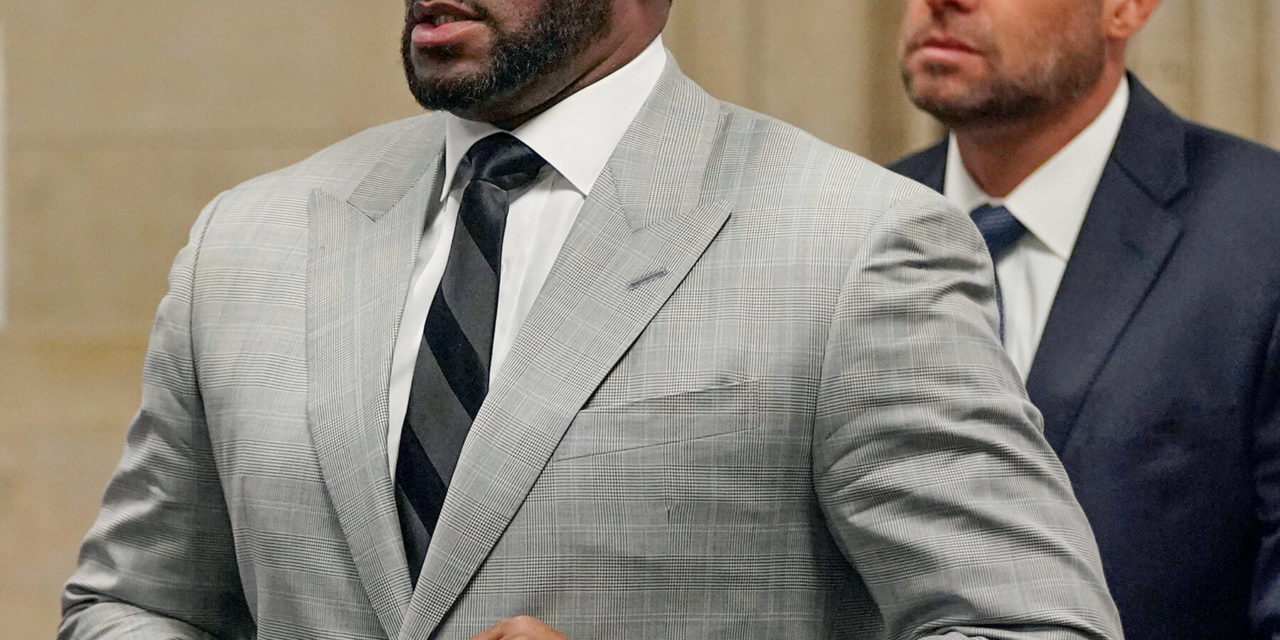 So, it looks as if R Kelly is adapting to prison life after all. Recently, a fan whose father happens to be locked up with the singer has shared R Kelly singing to her over the prison phone. In the clip, the female asks R Kelly if he could sing the song, Love Letter, from his 10th studio album which shares the same title.

The fan claims she visited her father who again, is allegedly incarcerated in the same prison as the singer. Following the visit, her father called to check in and she mentioned telling the world she met R.Kelly during visitation. Her dad allegedly offered to get the singer on the phone and thats she asked for a song! Trolls on the internet have already began saying the singer was singing for commissary. However, this has yet to be proven as truthful.

R Kelly was born Robert Sylvester Kelly. He is is an American singer, songwriter, record producer, and convicted sex offender who dominated the 90’s with his smooth vocal tone that drove the ladies crazy. With over 75 million records sold worldwide, it may be safe to say that R Kelly redefined R&B for his generation. The singer wouldn’t bask in glory for too long. His rumored likeness for underage women would eventually be his downfall.

A Fall From Grace Yet R Kelly Sings From Prison

On Sept 27th, 2021, R Kelly would be convicted on nine counts. The charges included racketeering, kidnapping, sex trafficking and more. The judge ordered that Kelly remain in custody pending sentencing, which was set for May 4, 2022. Gloria Allred, famed women’s rights attorney who represented several victims, stated that Kelly was the worst sexual predator she had pursued in her 47-year career of practicing law.

Don’t ask how still has still finds joy in singing. I know I wouldn’t if I were in that situation.

Aww! Drake Teaches His Mom How To Do The “Flicka Da Wrist” Dance

Shake It Off: Kanye West and Taylor Swift Are Collaborating