The Block Was Hot…In One Chicago Neighborhood

Seriously, we don’t know whether to laugh or feel sorry for the stupidity of this dude. Last week a 33-year old drug dealer, James Triplett had a line full of people wrapped around the corner of the North Lawndale neighborhood of the west side of Chicago waiting outside of his house to purchase drugs.

His customers were seen waiting to purchase heroin like waiting to cop a pair if special release J’s or a new iPhone. The line, which was a block away from the Dwight D. Eisenhower Expressway coincidentally earned its nickname “Heroin Highway,” could be seen from overhead and spanning over a block long. When the authorities busted the drug operation, they said they arrested 32 people and confiscated 12 guns, $50,000 cash, and two cars-one of them a 2014 Maserati GranTurismo.

Although he was caught, do you feel bad for him or consider his act to be stupid?

Artist Lines The Streets of Atlanta With Rap Lyrics 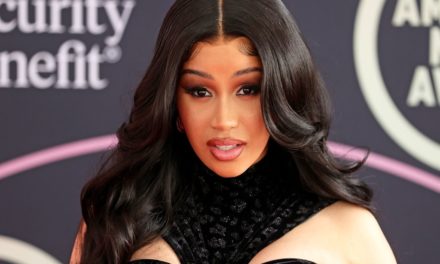 Cardi B is not to be played with