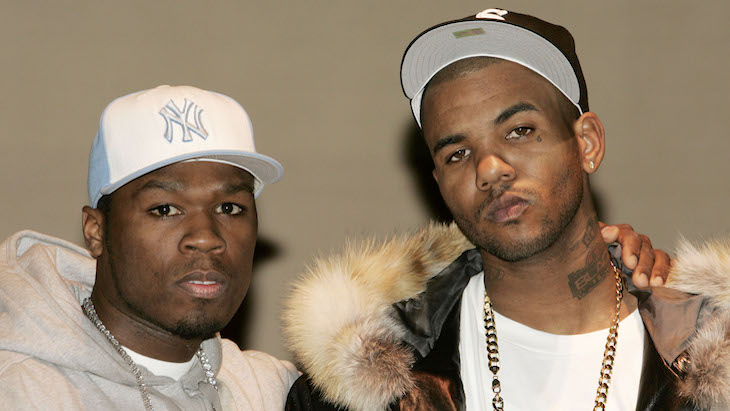 Recently, rapper The game stopped by the  popular Drink Champs podcast for an interview with host Noreaga. During the interview, the rapper spoke on many different topics; but there was thing the rapper said that caught the attention of the blogesphere. In short, while speaking on his recent work done alongside Kanye West, the rapper made of bold statement that, “Kanye West did for for him in the past 2 weeks that Dr. Dre did for him his whole career.”

Dr. Dre was indeed the one who signed the Game to his Aftermath label in 2003. Furthermore, he also produced the only two songs that The Game has in the top 10 of Billboard’s Top 100. With that being said, it makes one wonder what Kanye actually did for The Game that would surpass all of that. Many people closely related to the situation have spoken up to add their 2 cents on the statement. Longtime collaborator and producer, Focus, took to social media to call The Game unstable. But recently, ex friend and foe of the game, rapper 50 Cent chimed in on the situation.

50 took to his instagram and posted the clip with the caption “Hun, what happened here?” He too also seemed to be confused about the statement from The Game. Never one to be outdone, The Game wasted no time firing back at 50 Cent via social media. He posted this to his instagram. “Last time you did this with me, G Unit clothing got put in a casket with the entire group & you went into television, I like Power n sh*t…. leave it alone. Im back outside !!! Does this mean 50 Cent Vs The Game yet once again?

The two have had very bitter public disputes in the past, sometimes even leading to violence. For instance, one of The Game’s entourage members was shot outside of NYC’s Hot 97 radio station after 50 Cent went on air and declared The Game was out of the group. However, lets hope cooler heads prevail. We don’t need the elders showing the youth we cant keep it together.