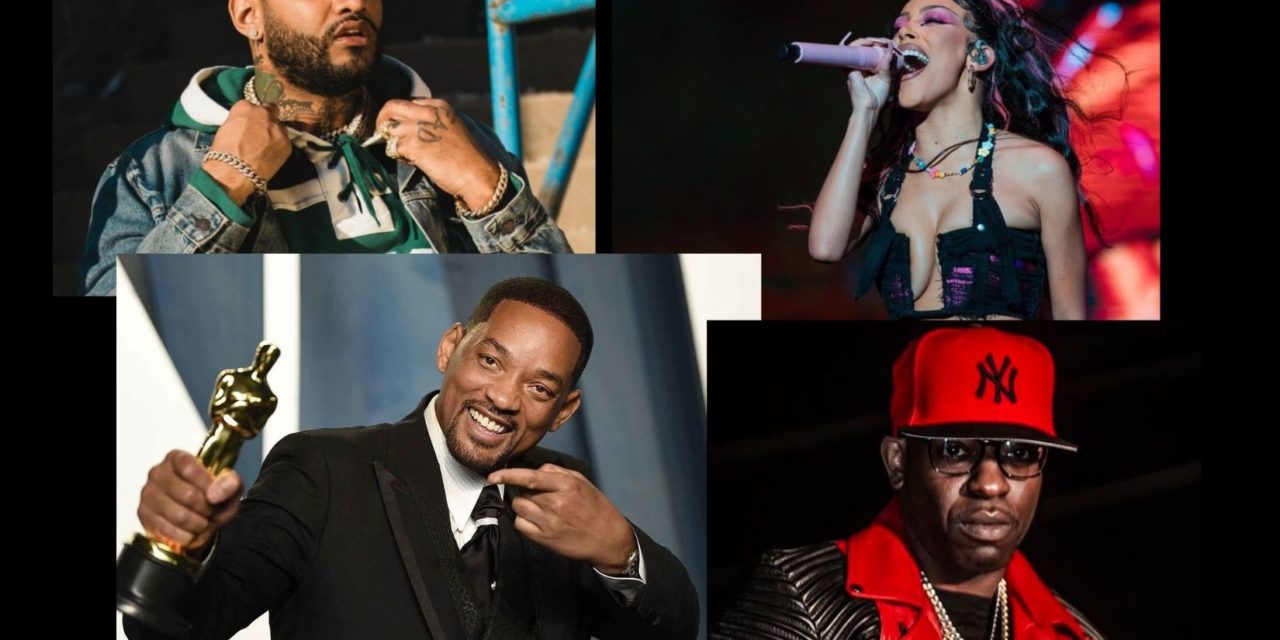 By now you have heard about the infamous incident involving rapper/actor Will Smith, and comedian Chris Rock. If you didn’t, it goes a little something like this. During the 94th annual Oscar Awards ceremony, Chris Rock made a joke about Jada Pinkett concerning her bald head. Will Smith, in defense of his wife Jada, didn’t quite find it funny so he approached the stage and slapped Rock. Afterwards, he calmly walked back to his seat and sat down. He then began screaming, “keep my wife’s name out your f*cking mouth!” After some backlash (and about 24 hours), Will took to his Instagram account to formally issue an apology to Chris Rock.

Will Smith wasn’t the only one in an apologetic mood. Last Week, singer Doja Cat was scheduled to perform in Paraguay. After a cancellation, fans on Twitter voiced their frustrations about waiting for Dojo in the rain. This prompted Doja to issue a statement about being done with music and realizing she wasn’t built for the slander. However, Doja would later take to social media to apologize to her fans for her statements.

I can travel, I can eat good food, I can see new people, I can smile, I can make memories that I dreamed of having, I can laugh, I can support my family and my friends, I can learn about the world, and I can give back to everyone because of you. I do owe people shit. I owe a lot.

The apologies didn’t stop there. Last week we also reported rapper Joyner Lucas’s twitter rant about his lollapalooza placement on their flyer. While Joyner expressed his disdain about the size and placement of his name on the flyer, he also used the time to take shots at the show’s headliner, rapper MGK. In a since deleted tweet, he said

“Then you got this goofy ass ni**a headlining? Smh how sway?” referring to the rapper. After fans warned him MGK could be dangerous, he added  “Someone said ‘don’t bring out the rap devil’… maaaaannnn listen. Lol What my brother Marshall did to this n***a @machinegunkelly is light compared to what’s waiting if he wanna walk down that street wit me. Ain’t nobody worried bout a n***a who paints his nails. foh.”

After claiming he had been hacked by Russians, the rapper went on to issue and apology to  Lollapalooza and MGK. He tweeted, “Lot of artists or people in general are afraid of checking themselves. I check myself all the time. I cant throw a Tantrum and shoot at n-ggaz for nothin. @machinegunkelly did absolutely nothin to me to deserve that lame tweet. If u readin this, I apologize dog. real n-gga shit.”

As far as the @machinegunkelly shit Goes,, homie ain’t have nothing to do with my rant. Jus got caught in the cross fire of one of my bitter moments. Def sum sucka shit to come at him for nothin. I own that & I apologize. Real nigga shit. I ain’t perfect. Im growing everyday

Will Smith, Doja Cat, Joyner Lucas and WHO? Uncle Murda?

Finally, the last guy in the world you would think would apologize to anybody, for anything, has issued an apology of his own. Brooklyn rapper Uncle Murda had some not so nice things to say about Will Smith in his latest 2021 Rap Up series. At the end of every year, Murder sums up all the crazy things that took place throughout the year. For 2021 he rapped,

“Jada out here still makin’ Will look stupid/ she said when he fuck her she don’t like the way that he do it (aww)/I’m like, damn, he probably don’t get her wet/He be turnin’ her off with all that throwin’ up after sex/Still got the nerve to show their sex tape to his grandmother/I get it, I see why she let August Alsina fuck her/Either way she got Will Smith lookin’ like a sucker/ He should leave her like DaBaby left his baby mother.”

However, after the slap heard around the world, Uncle Murder felt compelled to apologize to Will Smith.

A caption under the video of the incident on Uncle Murda’s IG read “Somebody let @willsmith know I’m sorry for what I said in the Rap Up,” Murda wrote on Instagram alongside a clip of the notorious slap. “dam it’s looking like I can’t retire the Rap Up.”

Apologies are good I guess, but I believe it’s always best to ‘say what you mean and mean what you say,’ the first time around. We truly believe Will Smith, Doja Cat and maybe even Joyner was sincere. However, we will have to wait until the 2022 year end Rap Up to see how Uncle Murda really feels!

‘Friday’ Returns To Theaters On 4/20 For 20th Anniversary