You’ll Never Guess Which Emoji Drake Tattooed on His Arm

Canadian Rapper, Drake, made an interesting decision when he decided to get an Emoji tattoo on his right forearm.

The Emoji he decided on was the praying hands–though there seems to be some confusion on whether he meant them to symbolize that, or a high five.

Tattoo artist, Dr Woo at the Shamrock Social Club posted the photo on his Instagram and added a message directed at Drake saying,  “@champagnepapi good times, thanks for the visit #jimjoe6″

Drake got two other new tats as well– on his left forearm a quote that reads reads, “Everything happens for a reason sweet thing” and on his right forearm next to his Emoji, the number 6.

But it was the Emoji that confused everyone.  Drake posted this yesterday and then removed it: “It will be a debate until the end of time…high five or praying hands…life is what you make it haaa.”

What do you think about his new ink? 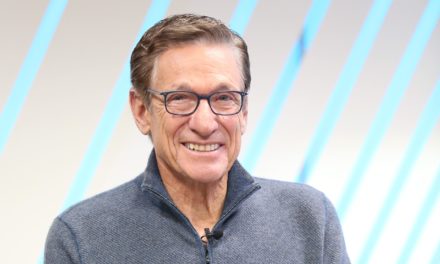 No More Maury… The Maury Show Says Goodbye After 31 Years